Vision
1.      Page 5 of the document Lantau Development Advisory Committee First-term Work Report refers to “needs and expectations of Hong Kong Society” and set the Vision as “balancing and enhancing development and conservation, with a view to developing Lantau into a smart and low-carbon community for living, work, business, leisure and study”.  But it has chosen to include “enhancing the conservation of our natural, cultural and heritage resources” at the end of the paragraph as if an afterthought.
2.      The existence of a large body of opinion in Hong Kong for the preservation of the pristine natural scenery and the conservation of the invaluable ecology on is well beyond doubt.  This is the well-established “needs and expectations of society”.  Therefore “conservation” should be part of the “development” process, and NOT framed as a factor against “development”.
3.      It reflects a fundamental flaw of the document - giving “development” the very narrow sense of “economic development” or “GDP development”, which does not correspond with the above-mentioned prevailing view that doing conservation well or better than now is “development” in Lantau.  In that case, there is no antagonism between “conservation” and “development” and so-called balance is a false concept.
4.      It is strongly recommended that the Lantau Development Advisory Committee (LDAC) re-orientate its mindset to align with the mainstream values of society and treat “conservation” as an integral part of “development”, and NOT as an enemy of development or an afterthought.

Major Planning Principles
Economy and Livelihood
5.      Paragraph “Economy and Livelihood” makes reference to the four Pillars viz. financial services, tourism, trade and logistics and to the creation of jobs.  This is presumably the ground for recommendations for significant reclamations and land-use changes.
6.      This is unfortunately very much out of tune with the latest developments in .  Rapid growth in the number of tourists in previous years has been replaced by rapid decline.  Chinese goods which used to pass through are increasingly exported via its own ports and airports, leading to long-term decline in the logistics industry.
7.      Furthermore, the latest report on population policy indicated that the worry of is the diminishing size of the working population which will mean insufficient manpower to fill existing jobs soon.  Thus the creation of jobs is no longer a priority for .  Instead, what needs is a re-structuring of its economy in which a smaller work force of higher productivity would sustain the vibrancy of its economy.
8.      Taken together, it means that this Principle is misguided by invalid assumptions and cannot possibly be the number one guiding principle for future Lantau “development”.

Nature and Heritage Conservation
9.      Paragraph “Nature and Heritage Conservation” treats nature and heritage as “valuable resources” and advocates that they “should be suitably utilized for releasing their potential for education, recreation and green tourism”.  It is of critical importance that the word “valuable” should NOT be interpreted in the narrow sense of “dollar value”.  Any planned mode of utilisation should fundamentally respect the intrinsic value of the respective places to the people of .  For example, paragliding at Shui Hau, a site of ecological value (page 19 of the report) as well as of high scenic value would not be respecting its intrinsic value.
10.  Paragraph “Recreation and Tourism” refers “diversified multi-modal recreation and tourism facilities to shape Lantau as a kaleidoscopic recreation and tourism destination”.  As the primary attraction of Lantau is its pristine natural landscape and valuable ecology, it would be wrong to introduce purely recreation facilities which bear no connection to these characteristics of Lantau.  An artificial aqua park at Pui O/Chi Ma Wan (page 19 of the report) where rich ecological resources are recognised would be an example of incompatibility and indeed bad taste.
11.  These discussions serve to illustrate that any proposed “utilization” must be critically examined against potential corruption of the intrinsic values of the respective locations.  Along this line, several of the proposed uses on pages 19-21 are judged incompatible and should not be pursued.  This is an aspect which the LDAC should pursue with rigour in future deliberations.

Metropolis
12.  Paragraph “East Lantau Metropolis as Long-term Strategic Growth Area” talks about the formation of an artificial island around Kau Yi Chau and Hei Ling Chau as “smart, innovative, livable, diversified and low-carbon ELM”.  On page 9 of the report, it says that government should consider it [the ELM] together with other development plans to support the development of as a whole”.  This is a correct viewpoint.  Once the ELM is set against the territorial background, it would immediately become clear that it is highly misguided concept which should NOT be pursued.  The reasons are:
i.                A vast amount of land in the plains of which are much more readily accessible by land transport remains un-developed.  The priority of should be to develop such land resources.  Such places are also much better connected to existing urban areas and could be developed relatively quickly.
ii.                Existing land locations would be much more preferred by the population owing to familiarity and their proximity to job opportunities and existing community connections.
iii.                The dollar cost of infrastructure and urban development on reclaimed land is much higher than similar works on existing land.  To go for ELM is NOT smart at all.  The government should NOT pursue the unduly expensive ELM when cheaper alternatives exist.
iv.                An enormous amount of commuting would arise if a population of half a million is settled on ELM in view of its location.  ELM is NOT low-carbon at all.  It would result in a disproportionate increase in the carbon footprint of Hong Kong which is contrary to ’s commitment to reduce its carbon dioxide emission in the context of the latest Paris Agreement.
v.                The vast amount of reclamation will create havoc for the marine ecology in an extensive sea area.  There is no way of finding compensation for such big loss.  Since the Convention on Biological Diversity has been extended to , building the ELM would inevitably result in disruptions contrary to the Convention.
vi.                Global warming is leading to accelerating sea-level rise.  Hong Kong Observatory has projected higher frequencies of storm surge in typhoon in the coming decades.  Latest scientific findings are pointing towards the increasing potential of sea-level rise widely exceeding the last projection of the UN Inter-governmental Panel on Climate Change.  Considering the very large area of ELM, every cm/metre of increased thickness to avoid future sea flooding translates into millions or even billions of dollars.  It is indeed foolish now to contemplate reclaiming land from the sea when no reliable projection of future sea-level could be made with certainty desired by engineers.
13.  Taken together, seen in the overall context, there are strong grounds for shelving the ELM concept immediately.  It is therefore recommended that the ELM be dropped from future deliberations of the LDAC and Planning Department.

Country Parks
14.  Paragraph “Better Utilisation of Natural Resources” recommends “to increase the attractiveness of country parks”.  This is strongly supported but a note of caution has to be sounded.  Whatever works are to be carried out in this connection, careful advance engagement of hikers and visitors should be conducted, to avoid inadvertent disruption of good features in the country parks that are dear to the heart of Hong Kong people.

Recreation and Tourism
15.  Paragraph 3.4 “Recreation and Tourism” refers to the wish to provide diversified recreation and tourism facilities beyond shopping and providing “more opportunities to get up close to nature”.  This is a noble cause deserving support.
16.  However, as discussed above, the provision of physical facilities should pay respect to the intrinsic values of the places.  We must learn from the fatal mistakes of those failed tourist destinations which killed tourist interest by over-ambitious physical development and over-commercialisation to the extent the original values of the destinations were lost.
17.  It is strongly recommend that LDAC carefully re-evaluate the various items listed on pages 19-21 to consider whether the proposed utilisation is incompatible to the intrinsic values of the respective places.

Conclusions
18.  Conservation should be viewed as an integral part of development, NOT a factor against development.
19.  The latest trend in tourist number, the evolving scene in logistics and the decreasing size of working population in indicate that the “Economy and Livelihood” principle is misguided by invalid assumptions and cannot possibly be the number one guiding principle for future Lantau “development”.
20.  The East Lantau Metropolis is a seriously faulted concept and should be dropped from the planning process.  ’s commitments arising from the Paris Agreement and the Convention on Biological Diversity as well as sea-level rise arising from climate change are major factors supporting this recommendation.
21.  Improvement of country parks is welcome but care must be exercised in execution, to avoid inadvertent disruptions unwelcome by the public.
22.  LDAC should carefully re-evaluate the proposed uses listed on pages 19-21 of the report.  Uses which are judged incompatible with the intrinsic values of the respective places should not be pursued. 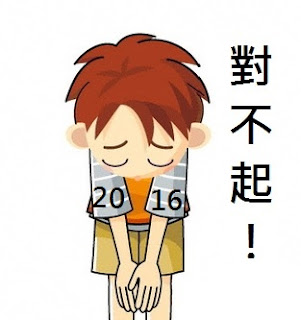 i)      “根據《國際海事組織的綜合安全評估》，群體風險是指 “Average risk, in terms of fatalities, experienced by a whole group of people (e.g. crew, port employees, or society at large) exposed to an accident scenario.  Usually Societal Risk is taken to be the risk of death and is typically expressed as FN-diagrams or Potential Loss of Life (PLL).  Societal Risk is determined for the all exposed, even if only once a year. Societal Risk is not person and location specific.
(三) 這段英文引文內，有兩個截然不同的概念：「平均風險」 average risk 和「社會風險」 societal risk，我已經清楚指出了兩者的分別，不得混淆，其中「社會風險」和 FN-diagrams，與顧問採納和執行的”備忘錄指引”框架完全吻合。我、、三封信以英文和中文作了詳細科學說明，也展示了基於顧問數據的社會風險的正確計算，得出社會風險水平不可接受結論，以及指出顧問把「平均風險」數字塞入「社會風險」的評估框架是一個科學錯誤，但是貴署的來信廻避了顧問自己在Report中確認採用了「社會風險」和”備忘錄指引” 評估框架這個事實。

i)      “根據《國際海事組織的綜合安全評估》，群體風險是指 “Average risk, in terms of fatalities, experienced by a whole group of people (e.g. crew, port employees, or society at large) exposed to an accident scenario.  Usually Societal Risk is taken to be the risk of death and is typically expressed as FN-diagrams or Potential Loss of Life (PLL).  Societal Risk is determined for the all exposed, even if only once a year. Societal Risk is not person and location specific.
(三) 這段英文引文內，有兩個截然不同的概念：「平均風險」 average risk 和「社會風險」 societal risk，我已經清楚指出了兩者的分別，不得混淆，其中「社會風險」和 FN-diagrams，與顧問採納和執行的”備忘錄指引”框架完全吻合。我、、三封信以英文和中文作了詳細科學說明，也展示了基於顧問數據的社會風險的正確計算，得出社會風險水平不可接受結論，以及指出顧問把「平均風險」數字塞入「社會風險」的評估框架是一個科學錯誤，但是貴署的來信廻避了顧問自己在Report中確認採用了「社會風險」和”備忘錄指引” 評估框架這個事實。 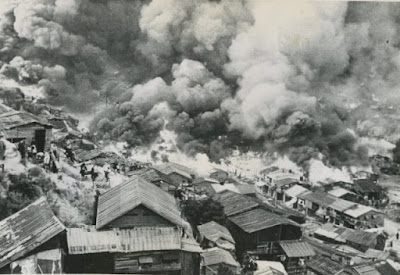