I appreciate your detailed explanation dated 11.3.2016.  But I am disappointed that TPB had made its decision based on what is now known to be incomplete and erroneous information.  This is to place on record what I observe about the Board’s decision and the process leading to it.

Your message said that: “After reviewing your concerns and having considered the information as provided by government departments and AAHK mentioned above, the Board was satisfied that it had made sufficient inquiries into the maritime and aviation safety issues.  There was no strong justification to challenge the responses and assessments made by government departments and AAHK.”  The following proves that the statements are invalid.

The public had been deprived of critical information concerning safety issues arising from the mutual interference between maritime traffic and aircraft in flight before the TPB hearing sessions.  Two “confidential” Marine Traffic Impact Assessment (MTIA) reports were only posted to me on 14.1.2016, two days after I made presentation on the subject to TPB on 12.1.2016.

Thus my presentation on 12.1.2016 was unable to cover and did not contain detailed specifics about aviation and maritime safety.  Up to that point in time, TPB while being informed of the generic nature of the problem was not fully briefed about the critical details.

Your message dated 11.3.2016 said that “the maritime and aviation safety issues as elaborated in your said email dated 1.2.2016 and your letter dated 26.1.2016 to DLO/Is were raised in your written submissions and oral submission during the hearing session on 12..  This is plainly incorrect.  Owing to the information embargo by Lands Department before the hearing, information of critical importance laid out in my letter to DLO/Is was not in my presentation on 12.1.2016 (not my fault, but due to withholding of information by whoever).  This being the case, naturally TPB also did not hear any relevant responses from Civil Aviation Department and Marine Department on the subject on 12.1.2016.

My message dated 1.2.2016 reported to TPB two critical safety issues identified based on the two MTIA reports viz. (a) the gross mistake made by the consultant in computing and assessing the societal risk of additional marine accidents arising from the third runway and (b) the impact of tall ships (including oil drilling platforms and derricks with high airdraft) on aviation safety, especially with regard to tall ships "cutting corners" in Mainland waters off the north-west corner of the marine restricted area and with regard to tall ships in Lantau Island Anchorage No. 2 (again in Mainland waters) off the western end of the third runway.

In the knowledge of the facts and issues pointed out in my message dated 1.2.2016, TPB should have made further specific enquiries with and sought corresponding responses from Civil Aviation Department and Marine Department.  But apparently TPB has not done so.  Instead it has only relied on my presentation on 12.1.2016, which was by then (26.2.2016) clearly insufficient to clarify the critical safety issues.  It is incorrect for TPB to state that “it had made sufficient inquiries into the maritime and aviation safety issues”.  There is indeed serious concern that due diligence has not been exercised and due process has not been followed.

It should further be noted that up to today (14.3.2016), Government has not refuted my claim about the gross mistake.  Government has also not refuted my observation that cross-border inter-government negotiations required to resolve the safety issues arising marine traffic in Mainland waters near the third runway have not taken place.

Considering that TPB has not heard any response from Government (a) countering my claim about the gross mistake in assessing the societal risk of maritime accident and (b) regarding the absence of cross-border inter-government negotiations to remove known hazard arising from marine traffic in Mainland waters, the statement “There was no strong justification to challenge the responses and assessments made by government departments and AAHK” is indeed a void statement.  If TPB had heard the specific responses to the facts and issues raised in my message dated 1.2.2016, it could have developed deeper understanding of the matter and found “strong justification to challenge the responses”.  But those specific responses have yet to be heard by TPB.

It must further be pointed out that AAHK should have no role in the TPB hearing sessions as a source of information.  They should be there only as one of the many people who commented on the proposal to amend the OZP.  To quote them as if they were an authoritative source of opinion is totally inappropriate.

This serves to state that I disagree with the way in which TPB arrived at its decision on 26.2.2016 which has most probably transgressed the thresholds of “due diligence” and “due process”.  It leaves much to be desired in terms of good governance. 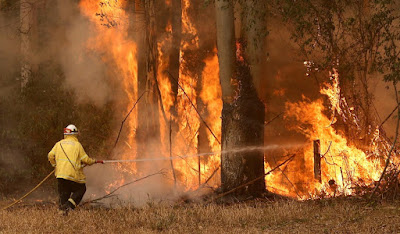